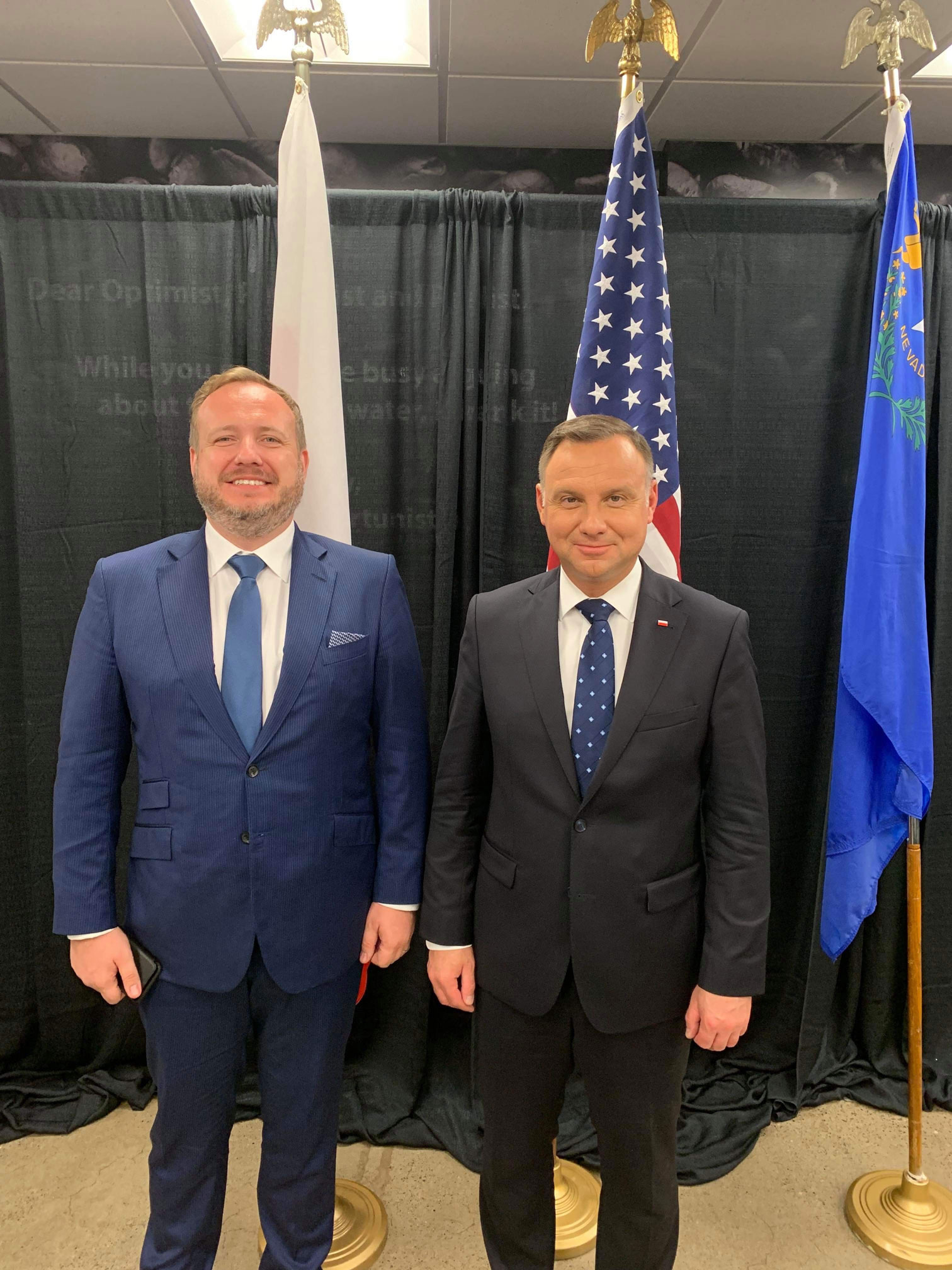 A delegation from the Lubelskie Voivodship, including PRO-PROJECT as one of the titled graduates of the NLAB project: Nevada-Lubelskie Acceleration Bridge, took part in the Polish Business and Innovation Week in Nevada.

The series of events was inaugurated by the official visit by the President of the Republic of Poland, Andrzej Duda, on June 15, and was crowned on June 22 by the studio visit to the KGHM mine, the greatest Polish investment in the United States.

One of the points on the program, and at the same time part of the Polish President’s visit to Nevada, was a meeting with businessmen and start-ups from Poland and Nevada.

Poland was represented by four businessmen who have made it into the American market and have started, or are about to start, activities on the local market, one of the being PRO-PROJECT.

As part of the whole event’s framework, the Governor’s Office for Economic Development held a series of intensive meetings, presentations and studio visits to such companies as Tesla Gigafactory or Switch, the purpose being to present  the economic ecosystem of the Nevada state.

The voivodship’s representatives had a series of meetings and talks, the result of which might be joint projects both at the national and international levels.