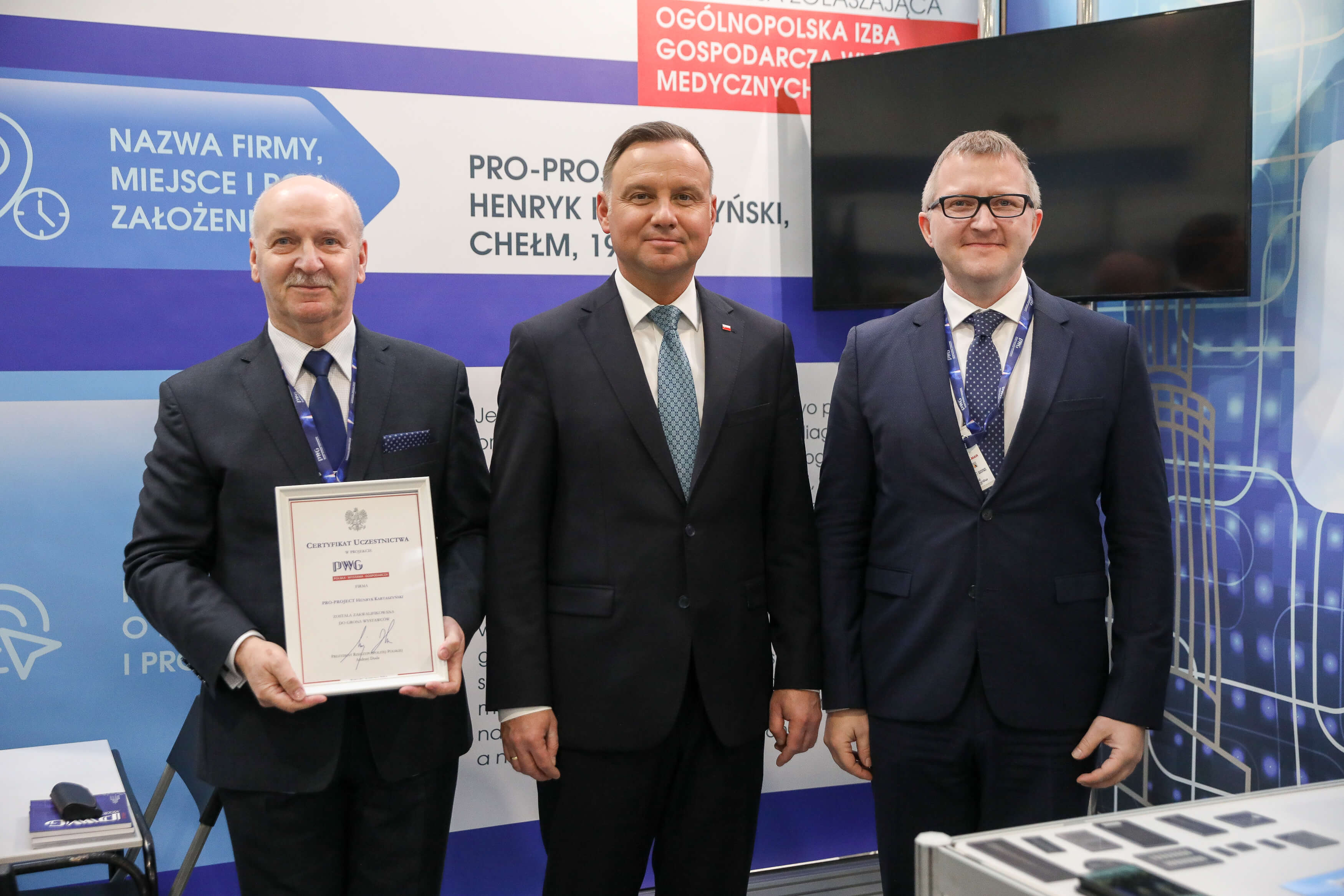 We are proud and honored to be able to participate in the exhibition "From Central Industrial District to Economy 4.0" organized in Stalowa Wola as part of the Polish Economic Exhibition.

PWG was established on the initiative of the President of the Republic of Poland Mr. Andrzej Duda.

It is a demonstration of admiration for the best Polish enterprises and their contribution to the development of the entire Polish economy.

Out of all candidates for exhibitors, the Chapter composed of representatives of the world of science, media, public institutions and the non-governmental sector selected 89 companies including Pro-Project.

The Polish Economic Exhibition will be held on the grounds of National Stadium in Warsaw in 2020.

Its opening is preceded by a number of other events, including the exhibition in Stalowa Wola "From Central Industrial District to Economy 4.0", which took place on January 16, 2020.

We had the opportunity to present there our activity and innovations in our solutions.

Most of all it was ProControl.online as a groundbreaking Internet service that automates and organizes quality control in diagnostic laboratories, as well as the latest Pro-CT mk II phantom.

The event was graced by the presence of Mr. President Andrzej Duda.

The following photos come from the official photo service of the Chancellery of the President of Poland.The author: Krzysztof Sitkowski/KPRP
‍